It seems to me that Molson's has been trying to get the Champ Car series race out of Vancouver for a few years now. Why? Costs? They no longer want to pay to sponsor the event, blaming other reasons. They jumped to Montreal, and there was a huge outcry, so they reluctantly stayed. Now they're going to Edmonton. Are there big corporate sponsors there? The Vancouver Indy was always among the top 3 in attendance in that series. And Canada should have its fair share. They can't break even? Do they expect profit? Don't they make enough on that watered down beer? Well if they don't want to stay on the West Coast, (after all, Molson's IS Easterners) The Toronto race is safe. But why can't someone else try? Molsons have the rights, the Champ Car series should put them up for grabs in Vancouver. A major event shouldn't leave just like that.
Well, I'm not drinking Molsons anymore. 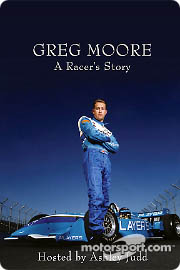