Where's the Start button?
No Start button. They seem to assume you are using your touchscreen phone and a whole cacophony of colored squares appear. Okay, let's see ........ hmm, click 'Getting Started with Windows', waiting while it fetches content, surprisingly slow. Still waiting. Well, try that later. There is a Home button down there but it doesn't work.
So I read about this - there are HIDDEN buttons off your screen, they call them 'Charms' now, you sweep your mouse into the next room to show them ... click back to start menu. Hmmm again, seems to be no Back button around there either.

So I tried another square, and got the icon for that App. (they're not programs anymore) Aha, there was an arrow to go back on that screen, er, wait, it only led me into a photo folder. Not back to the original App. Ok, back to sweeping my mouse cursor way off to the right to bring up those shy Charms again who now seem like frightened mice. Sometimes you have to coax them out of their lair with cheese.
And this Windows 8 is like the French Language, why say one word when 8 will do, so you click many times to try to go back somewhere that required ONE click of a Back button in Vista. And right click seems unavailable in a lot of the apps.

I now try Microsoft Internet Explorer and wait .... my Trial Edition Norton is telling me a file called tiworker is using 87% of one CPU?  I am not new to computers, got my first in 1987. And have about 4 Toshibas and another HP here right now. I have been through DOS, Windows 3.1 and so on. So this Windows 8 seems like a huge retro step backward to me. Also there IS a Back button on the calendar if you want to go back a month!


I shut it down for a reboot. So it loaded 500 megabytes of Windows updates! Told me to step away from the machine until it was damn good and ready to work! Some bearded scraggly tech guy in the underground steam-pipe and gear room is trying to fix Windows 8. Or else he's a mole from Apple.
This is kind of interesting; when I rebooted, the automatic Windows Updates downloaded and installed themselves, and they are huge and so many of them, so at this rate my hard drive will be full before the year is out!

After about an hour of fiddling, I found the Windows Explorer folders. Not because there was a Windows Explorer key or anything, just from fiddling for that whole hour! Back and forth between those hidden Charms. My mouse knows they are in there, but they don't always come out. And who knows what else they are hiding from me? This is enough to send me to the Apple Store!
By the way, I tried going to the Windows Store, the lil shopping bag square, but that wouldn't start, just the circle line going round and round. And round, until I found my way off screen again to start over with Start Menu tile. Again.

So I'm a little frustrated and usually when waiting happens I open a Freecell game and have a go. Nope, many games on that tile which seem to apply to gamer kids. Lots of xBox thingies. No Free cell that I can see. And no matter what I clicked on, it told me to get an update. And when I went back, again, to that charming secret list off screen, and tried several searches, Windows 8 assumed I wanted to search games, so I had to Start again. Gave that up.

So I'll just load all my usefull apps (programs) from disk to PC. And here's the message - This app can't run on your PC - contact softwar publisher. But I did expect this, I am now running a 64 bit instead of 32 bit machine. Fair enough. In fairness, many of my old CD based programs loaded into Windows 8. And the updated apps I downloaded from the web went fine. It remains to be seen whether I can actually be productive with them though. I tried Maps. Bing maps. After a while I saw North America gripped by the ice age, everything white and snowy! But I've been spoiled by Google Earth, mark that on my 'need to download' list along with Chrome and Firefox. Of course the same problem pops up again, no back button so although I don't want to see Bing maps now, I have to do the obscure wave to go back to Start square! Easy so far huh? Are you getting all of this?
Me neither.

Finally got to click the Mail tile, went to my hotmail email. And it goes right to your inbox. But they think you only have ONE so you do the roundy roundy again to get back, now let's see, is there a simple hotmail button so I can look at my other emails? Nope, Bill Gates only wants me to have one. I suppose to make it easier for the NSA to monitor what I am doing. Hmm. So back to right click the mail icon, maybe I can add that other email address. Nope, only make it bigger or uninstall it. Here's the way you do things on Windows 8, control + alt = delete still works, you use task manager to shut off things!
I know, I know, I don't think it's supposed to work like that either, but my head has begun spinning.

Here's another tile with clouds on it. Weather report? Nope Skydrive. Well anyone who can turn a doorknob knows that The Cloud, is done, thanks to NSA again, might as well just drop your hard drive into their mailbox. I am afraid to even click it to uninstall it for fear that it will activate a Start button somewhere and they'll think I am hiding something!

So you guessed it, I am not enamored with Windows 8, I will keep my old trusty Vista machines going for now, I have to do some real work on a computer sometime. Windows 8 seems to be made for smart phones or tablets with touch screens you can scrunch and swipe. I like to sit at my desk to work and can't imagine leaning forward to reach out and touch someone a hundred times a day. 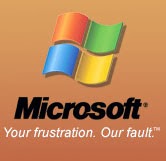 Hold on folks, if you haven't bought a new computer, Windows 9 might be out someday, maybe then we'll be back to something logical, like Windows XP, now there was a good operating system. I think Bill Gates ran the company in those days.

Meanwhile I've stuck a pad of charming cheddar on the edge of my screen.

Addenda #2 - Now have a Toshiba S50D - downloaded Windows 8.1 right away, getting Ping - 22 - Download - 12.00 Upload - .49 and most other things working well! Most. Still get lots of freeze-ups, and you can't do the Crl+Alt+Del to bring up Task Manager. You have to press the Off/On button to shut it down. BAD way to stop it all. Hmm, it is almst like no one was really ready for Windows 8, and the software makers didn't do their homework. Hopefully this will fix itself.
Posted by Caterwauler at 5:10 pm 0 comments

It's YOUR world, not theirs.

Posted by Caterwauler at 9:29 am 0 comments


It's not gossip, it's gossamer!

In our latest installment, we reveal some of the auditions where actors didn't get the role.

Ben Affleck seemed a natural for the part in that Aflac insurance commercial. But the director decided that Ben was more suited to play a tired and weary Donald Duck because he slurred his words and wasn't able to seem animated, and besides, the Aflac duck was a better actor.

Ben, caught by paparazzi outside while hailing a taxi, said, "I don' need no steenking duck job."

Ben went right back to rewriting his Vietnam War history movie to make America the only winners.


Meanwhile Guy Fieri was a strong contender to play The Penguin in the latest Batman movie but his requirements for Kraft Services would have cut so far into the budget he was dropped from the project. As soon as they told him it was going to be in 3D he jumped into the Camaro for Diners, Drive-ins and Dives and hasn't been seen since, along with all of the crew's lunch burgers.

Jennifer Aniston had a strange experience lately when she entered the wrong room at Paramount and it turned out to be an audition. She was sent away because the director said the job required minimal acting skills.
The audition was for a stand-in for Jennifer Aniston.

She only commented, as she walked right past David Schwimmer tidying up the parking lot, "WTF! Didn't they recognize my gold?"
Never forget who your friends are, Jen.

Paramount, afraid she might buy the studio and fire them all,  apologized profusely and Brazilian waxed her Bentley.

Jack Nicholson has announced that he will no longer be acting in movies, as Jack Nicholson, he declared he was now Orson Welles and would drink no wine before it's time and that it must be time somewhere.

When queried about reports that he might have dementia, he contested that he's had it since he was 23 and no one noticed then so what's the big deal now? When pressed for further info by reporters, Nicholson said, "You can't handle the truth, now hold the tomatoes, the bacon and the toast!" 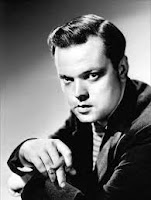 He went off to audition for 'Rosebud', unaware it was the Ross Mathews life story.


Marty Feldman recently auditioned for a role as an alien hologram in the new Star Wars movie Trekkies Strike Back but the producers said it was going to be in 3D and that would be just too weird for audiences in darkened theaters.
George Lucas said, 'We were afraid of another War of the Worlds panic. Lots of Americans think it is still 1938, you know."


And finally,  TED, the Teddy Bear who was a huge hit last year as the foul-mouthed pal of Mark Walberg,  couldn't hold his tongue long enough to complete a try-out for Toy Story Four, he disrupted the whole cast audition by calling Tom Hanks, (the voice of Woody) MorningChubby, Tim Allen, (Buzz Lightyear) Fuzz Right Here, Don Rickles, (Mr Potato Head) Mr. Rotatorhead, and Ned Beatty, (Lotso) Fatso, and kept scaring the females by singing,   ♪ "If you bump into my wood today, you're in for a big surprise." ♫
Ted left in disgust heading for a Ted Talk on Saving the Grisly.

Kermit was asked if he would hire Ted but declared the Muppet Show already has a Fozzie Bear and doesn't need more turmoil around the pond.
Especially he didn't want anybody moving in on his pig.
They already had a bad experience with ALF.


Notes: The publicity agents for Jonathan Silverman and David Schwimmer both deny they are the same person.


Posted by Caterwauler at 5:27 pm 0 comments


We knew it was about to happen, and now it has, after 36 years, Voyager 1 finally crosses the threshold into interstellar space. Now it is truly in the unknown. 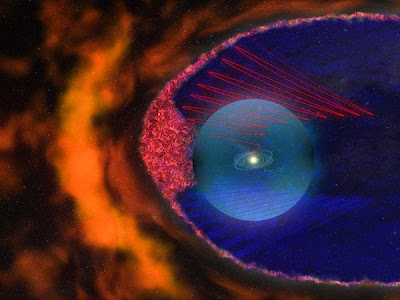 
Posted by Caterwauler at 1:25 pm 0 comments