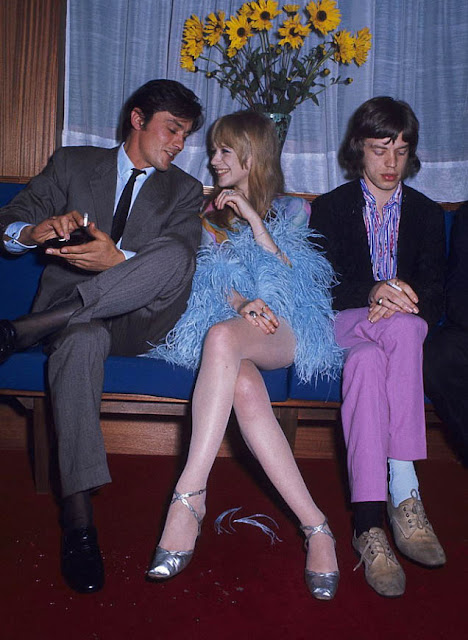 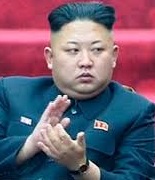 We can be pretty sure North Korea is bad. Or at least their leader Kim Jong Un, is. Buffoons can be threatening like clowns.

We thought Saddam Hussein was good, then bad. But that was because the USA told us and so we bombed him and then hanged him. But Saddam and his Bath party were Sunnis in power in a mostly Shia Iraq, then he got kicked out by America for being mean to the Kurds which no one gave a shat about before. Some believe that if we had left Saddam Hussein alone and in power, the Middle East would be just fine like it was. With Iraq being the buffer zone between Shia Syria and Shia Iran.

So Saddam tells the US Ambassador that the Kuwaitis are side drilling and stealing Iraq's oil. USA says that has nothing to do with us, that's your internal affairs. So Saddam attacks Kuwait. Suddenly it IS something to do with America. Bush Jr. attacks Saddam. And we have the second Gulf war. (by the way, the Emir of Kuwait promised the US he would install Democracy if they helped him) Hasn't happened yet.
But the US arms industry along with Halliburton-Dick Cheney needed a timely war after Saddam thumbed his nose at Bush senior while staying in power after that first Gulf War.
So that basically created ISIS out of the displaced Sunnis who fled Saddam's Iraq under the second American bombardment/invasion. WMDs and all. Iraq's power and oil was in control of Sunni Muslims. Sort of. (Iraqi oil has now been privatized of course, and now safely in the hands of American interests. (Exactly what Hillary wants to do with Mexico's state run oil industry) And which she screwed up in Libya resulting in ISIS having control of the oil instead of America. Or Libya. The country has been left in chaos. It is called regime change war.

So Iran is Shia and the Saudis are Sunni. Syria is Shia. They are murdering their own people who are sometimes called rebel fighters. Whenever the media uses 'fighters' it is to minimize your thoughts of it being a religious war. USA was fighting against ISIS who are against the Syrian army. Makes your head spin, doesn't it? And we cannot just blame Muslims, because the US and other arms industries are not Muslim. Heathen maybe, but not Muslims.

And the Kurds who were mercilessly persecuted by Saddam, which was okay when the West liked Saddam Hussein and his 25% of the world's oil reserves, are now fighting Syria. But the Turks hate the Kurds and have started attacking them (the PKK) across their border with Northern Iraq. Of course USA loves the Kurds now because they are fighting ISIS. The same folks who were killing them under Saddam when they were Iraqis. Meanwhile the USA gets an airbase in Turkey. From which to launch airstrikes against ISIS, but not the Kurds because they are on the same side. (As the USA not Turkey, I think) Whew. The USA keeps fighting ISIS with air strikes against pick-up trucks. Some vehicles were even sent from America! Meanwhile the Turks are said to be buying oil from ISIS.

Then Assad of Syria invites the Russians back and they flash airstrikes across Syria and kill thousands of ISIS targets that somehow, Obama couldn't? Even Trump says that is a good thing if they want to fight a common enemy he would welcome them when America is using a million dollar cruise missile to destroy a 400 dollar Toyota.

But the new bogeyman, Putin, is outmaneuvering Obama at every turn and seems to have the Sunni ISIS in retreat.
Don't worry, Canada is in there too with 4 (four) airstrikes in the last few months and they might have blown a desert latrine to smithereens! What the hell, says ISIS, sand covers up your shit just fine. Remember the second Gulf War when Canada sent a warship to the Red Sea and it got there just when the war was over and everyone was having ice cream on the beach!

Wait, now we get to Gadhaffi in Libya repenting his bad boy past and becoming a friend of America. But that's not good enough, too late says Hillary Clinton, we have plans for Libya, so she vetoes his proposal of democracy and takes him out and sends North Africa into total turmoil including her Benghazi action which ended with Americans being killed including their own Ambassador! And confusion and terror is spreading across North Africa right now before we even know who is who? Egypt's Arab Spring seems forgotten for the moment but the fomenting of trouble is working in Tunisia. Morocco seems content just to send terrorists into Europe with the migrants.

Take a breath and know that Kim Jong Un is still THE bad guy. (But no one knows what to do with him because China likes him.) And China are bad good guys or maybe good bad guys. Depending on what America wants to sell them while ignoring their huge trade deficit.

Meanwhile bin Laden is dead. Maybe for sure this time. Many think that Bill Clinton got him years ago with a cruise missile at Tora Bora when he was hiding in the caves. Bad mistake, a great useful bogeyman gone too soon. Wasted, and you can't waste a good bad guy when you need to keep the population in check. There's no telling what laws could have come into effect with bin Laden on the loose!
Homeland Security was drooling at the prospect of arming every police force in America with state-of-the-art military weapons. (You see the US Constitution declares that the Government can never us the Army on American soil against its own people. So the Pentagon has quietly gone about giving local police forces the latest high tech military equipment, thereby creating a ready-made Army on American soil that isn't really an army. Maybe just thugs, who WILL shoot on American citizens.
The good-bad guys (read NSA, CIA, etc) didn't want bin Laden dead. He was too valuable to scare their own people. So the CIA tried to keep him alive through various fakes and look-nearly-alike actors. But none of that was working so they raided his alleged Pakistan hideout and Navy Seals killed him. Or did they? Virtually ALL the Seals in that operation were killed later under mysterious circumstances.
And the only pic of that raid is of a bin Laden watching 'Little House in the Desert' on TV while all hell breaks lose in his compound with three helicopters and Seal Team Six! (go ahead and laugh, most anyone who was paying attention laughed too)
And even lately, NSA whistleblower Edward Snowden has said bin Laden is alive and well and living in the Bahamas! He might be staying with Jacques Brel.

And now Lebanon is hell. Jorden is treading a fine line. Israelis and Palestinians are at each other's throats. The Saudis are bombing Yemen, but staying out of Iraq/Iran. Oh yes, the Ayatollah of Iran signs a nuclear deal with the USA. What? Be careful Ayatolla, Saddam and Gaddafi were pro American too. Just before they were deposed and murdered.

And the so-called Five Eyes Nations, America, Canada, Britain, Australia and New Zealand are spying on all of us. (info courtesy of Snowden) And if we have any common sense, we must admit that these Five Eyes can be bad guys too because they are spying on each other, including the US CIA spying on Britain, Germany's Angela Merkel,  French President Hollande, the Dutch, Spanish and every one in between. Basically everyone else in the whole freakin' world! (caught spying on 38 embassies!)
And in South America. Brazil hates America now because they spied on President Dilma Rouseff. Venezuela is in turmoil, because they have oil and wouldn't follow USA policies. So we have an alliance of BRICS nations. Brazil, Russia, India, China and South Africa loosely standing together against the good guys/bad guys.

So it is almost impossible to select the good guys or the bad guys without an engineering schematic, but it all depends on who writes the program. And which direction the wind is blowing.
The famous coded telegram from Japan in 1941 said 'East Wind, rain.' which was their signal to start their war.
But damn, which way IS the wind blowing now?

We can't tell because only seven companies control 90% of the media and they are the ones feeding us info, from their perspective, from their agenda. Your only hope of any semblance of what is really happening in the world is alternative media.

Could be that one side in this endless war for world dominance is wearing black beards and dusty fatigues while the other is wearing Alexander Amosu pinstriped suits. ($142,800.00 at a store near you)

You have to open up the package to see who is shooting who, but both sides bleed just the same. But listen first, to see if you hear the package ticking.


I can't keep up, who ARE those guys anyway?

And I haven't even got to the Rothschilds and Rockefellers or the Bilderberg Conferences.

Posted by Caterwauler at 10:55 am 0 comments