The Internet in Real Time

This is like what is going on right now, every minute of every day, all the time.

Click the animation to open the full version (via PennyStocks.la).
Posted by Caterwauler at 10:16 am 0 comments

Yes it's about Enbridge and Northern Gateway so don't read on if you still deny facts about that project.

The Federal government, Lisa Raitt, Minister of Transport, just announced in a carefully worded release that 'Canada will strengthen its response plan for oil spills at sea ahead of the development of new pipelines that would sharply increase tanker traffic in Canadian waters if they are built.'

This so called strengthening means that instead of a $161 million budget out of a clean-up fund per incident being available, Lisa and her gang will allow the use of the complete fund of $400 million as a clean-up. That could be on the FIRST oil spill in the Douglas Channel. If you've ever been on an Alaskan Cruise trip through the Inside Passage, you'll know how pristine that area is.

Four hundred million seems like a lot doesn't it? Considering if you won the Lotto for 50 million you'd expect to live the rest of your life in luxury. But we need to consider the facts of money.
In the Kalamazoo oil spill which was on a river easily accessed by clean-up machinery, Enbridge has been called back several times by the US government to re-clean certain areas of the 40 miles still polluting that river. As you should know by now, bitumen doesn't float like oil on water, it sinks to the bottom! And continues to spoil the water, flora and fauna for years.
In order to pump oil tar sands through a pipeline, certain chemicals need to be added, most of which are a trade secret so we the public have no idea what they actually are, and it also must be heated to liquify it for passing through the pipe.
The costs, (so far) of the Kalamazoo spill clean-up have amounted to $1,039,000,000.00! That is 1.039 BILLION DOLLARS!

And that clean-up was handled by simply driving trucks up to the river edge and using vacuuming equipment and booms on that lazy flowing river! There is NO road access anywhere close to the Douglas Channel which has tidal differences today of a high of 19.28 feet to a low of 1.51 at Kitimat! All that water from the Hecate Straight at the open sea travels about 147 kilometers or 87 miles. It would seem that Enbridge doesn't want a repeat of costs like Kalamazoo and has lobbied the Canadian government on it.

So what the government has done, is release Enbridge from their responsibilities, and put the onus on the Canadian taxpayer to cover the costs of any massive spill! She also said the government will lift its ban on the use of dispersants in cases when using them offers a net environmental benefit. Dispersants are chemicals that break down oil slicks but can also harm marine life. So how can that be worded as a net environmental benefit? By talking faster? [Lisa Raitt is the same Minister who announced new rules for shipping dangerous goods by rail, after the Lac Magentic fire disaster, rules that say municipalities need to be told what toxic chemicals or flammable liquids go through their communities! BUT, and here is the attitude of our federal government towards our safety; the officials only can be told what dangerous cargo went through their area a YEAR later! And then only a few officials are told who are sworn to secrecy!]
So can we take our Transport Minister seriously when she now pimps for the tar sands oil industry? 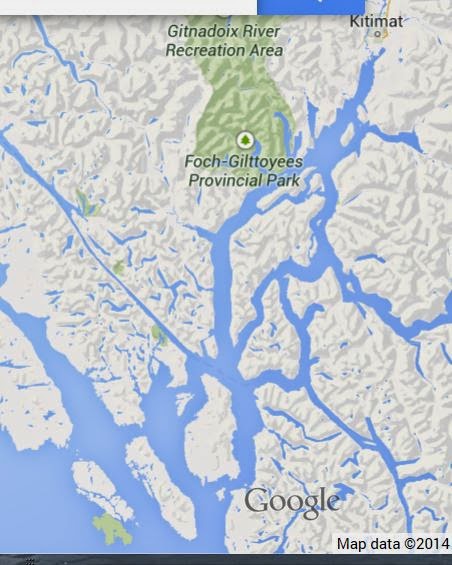 So get back to that oil clean-up cost. In our case if the cost would be the same as the Kalamazoo spill clean-up, we the taxpayers would be on the hook for $639,000,000.! Not to mention the peripheral British Columbia costs of rehabilitating any wildlife or villages in the area.

Just have a look at the route of oil tankers full of tar sands bitumen crude with added secret chemicals. Are you as optimistic as Harper and Raitt that these ships will be able to maneuver those narrow passages without incident? Even in open sea it takes an oil tanker in 'crash stop' mode 14 minutes or three kilometers to stop!

Do you really believe Mz Raitt that $400 million will cover a spill or a tanker running into an rocky island in that wilderness? In fog or snow? But they're going to have special tugs, built for the purpose, they say. Haven't seen any announcements from ship builders, have you? Don't know of any channel pilots currently traveling that contorted route right now who could guide them either!

So what is at stake here? A potential disaster of massive proportions. The Chinese want our tar sands oil. They'll do whatever to get it. Somehow ??? they have convinced the Canadian government that shipping it via pipeline and tanker is the best possible method of getting it.
There are some proponents of rail shipping, gaining ground right now. Ok, but is that the same liquid chemical oil that would seep into waterways if a train tanker car derails? Yes but each car carries a finite amount of oil. No pump working all night.
And one could ask, why does it have to be liquified here in Canada in the first place? If we could get that raw bitumen to China by whatever means, why couldn't the Chinese produce their oil cheaper in China?
There is also the plan that no one wants to discuss, of processing the tar sands ourselves and selling the value added product, via piping it to our own existing Eastern Canada refineries. 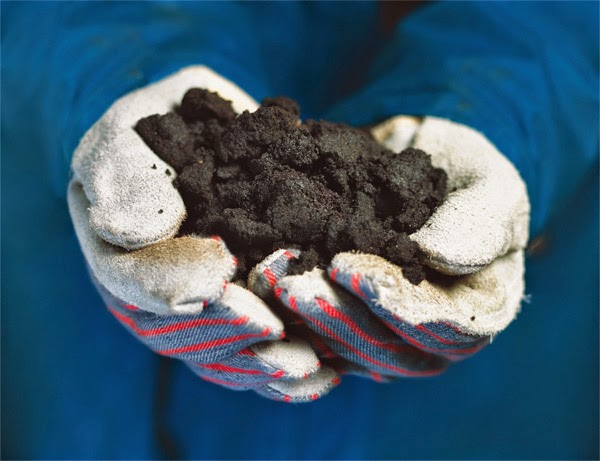 This is what the raw product looks like, a crumbly mixture of black sand, before processing it with chemicals and heat for piping it hundreds of miles. Why couldn't this product be simply loaded into rail hopper cars, like our coal shipments use now, and sent to the Roberts Bank SuperPort?
The facility is already set up for that kind of delivery. Part of it could be converted to handle the dry bitumen product. It could then be loaded into bulk carrier ships, sent off to China without the danger of an oil spill on land or wilderness channel and the lingering carcinogens and catastrophic remains.

We could leave it to China to convert their own bitumen to oil. Alberta gets to sell it, China gets to use it. Win win, without the environmental problems. But it seems that no one wants to see or talk about anything BUT the Enbridge pipeline to Kitimat. With a different plan, Enbridge would be cut out of the action. Northern Gateway would lose. And who knows how much has been paid to who to make sure the process goes according to plan? However secret that plan is supposed to be.

Me? I don't trust our federal government, Steven Harper or Lisa Raitt to handle it fairly or for the benefit of Canadians. Everything they say is carefully worded. And they treat themselves as third world officials who can be had. Manipulated. By taking Enbridge off the hook for the actual costs, they invite a bankruptcy to whatever company Enbridge forms to run this pipeline. Sort of like the USA has done with the drug companies, make them unaccountable to disastrous results to the populace.
And in spite of Janet Holder of Enbridge/Northern Gateway being on TV almost every day telling us she and the 'Joint Review Panel'  (sounds important, doesn't it?) approve of the pipeline, I can only suggest she move to Alberta and preach to the converted. And tell your PR folks the little heart shaped lake in your video isn't working.

$639,000,000. is a lot for you and I taxpayer to pay if the spill was in the Chiliwack river, even the Fraser.  But who knows the costs of trying to clean a remote wilderness full of inaccessible mountains and winding rising and falling tidal channels.

Do we really want to lay ground rules that mean nothing? Yes, you 'deny' people will continue using the word economy. But it might have lost it's charm.
And no carefully worded statement is now beyond the scrutiny of the people affected.

But isn't this what we feared years ago? That the desires of a few would over-rule the concerns of many?  And that people in Ottawa or China, or even Alberta have little interest in beautiful British Columbia.

NOTE: that the announcement today, (May 15) by Federal Minister Greg Rickford about oil companies covering all costs, would be for pipelines land based only, and do NOT cover a marine spill. Details still need to be explained in real life.

And also note that BC Environment Minister Mary Polak released a consultation report last month on the land-based spill regime, which was described as a "complex matrix of regulations and policies."  But Mary has a reputation of doing what she's told and we think most things are complex to her.

Posted by Caterwauler at 9:58 am 0 comments 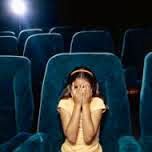 Let's protect our children from behavior they shouldn't see, shall we?

A woman photographer was recently banned from Instagram, for posting a selfie pic showing her breast feeding her own child!
OMG! She what?

Not there yet, hold on. Get this: The account of maternity photographer Heather Bays was banned because her 20 month old CHILD was topless while breastfeeding!  And that, in the narrow minds of the people who run Instagram, is considered child pornography!
Instagram by the way, is owned by Facebook, the social site that the FBI the NSA and every police department in North America use to find out stuff about YOU!
Mz Bays had 2000 maternity photos on Instagram which were lost from their actions. Pictures of mothers and their children.

But is it only Instagram that is judging and governing our morals and conduct? Or is it a combined effort of inward thinking people with an agenda who want to eliminate love, tenderness from our lives while accepting violence and brutality? Is it all part of a mass conditioning plan? Violence is strong, tenderness is weak?


These photos are considered not good ..... 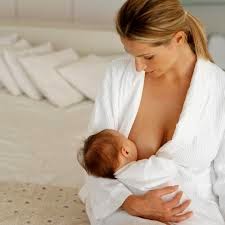 Love between people. Not good. 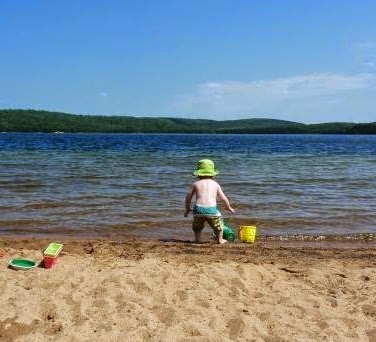 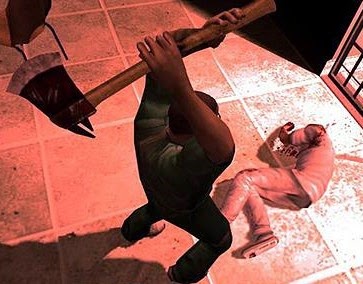 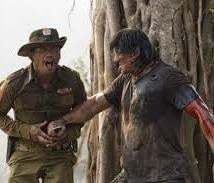 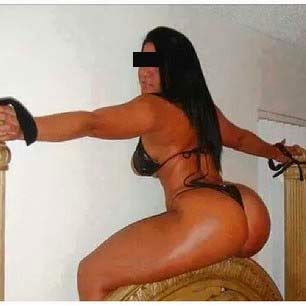 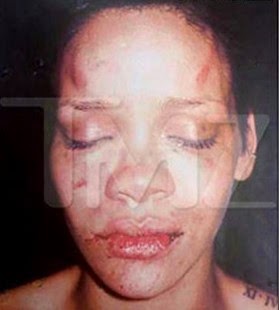 Rihanna, young girls love her, but does she really 'like the way it hurts'? Can't be ok, can it?


Why are the dregs of society admired and copied while the beauty is chagrinned? Why are most comments about Jay Z and Solange saying, 'the bitch shoulda listened.' How did we get to this precipice of morality? Where did all those people go who were trustworthy to inspire and guide us?
Heather Mays  said, 'Every single day, women are shamed for just being women, for being mothers.' Ain't it the truth. And now we're starting to shame children for their innocence?

Joltin' Joe has left and gone away. So has sanity.
What are we actually protecting our children from?
Sad isn't it? 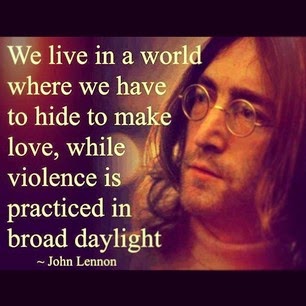 Posted by Caterwauler at 11:14 am 0 comments