Voyager 1, NASA's interplanetary spacecraft, is nearing the very edge of our solar system.

Still going strong after 36 years and sending back info to scientists. (about 16 hours for a radio signal) They know Voyager is on the edge of the sun's heliosphere because the solar wind that has buffeted the craft for four decades has suddenly almost flat-lined.

The bubble-like boundary that divides the sun's influence from interstellar space is losing grip. Analysis of the cosmic ray and energetic particle data tells this time story of Voyager 1.
At the same time, levels of incoming galactic particles coming from outside our solar system have skyrocketed. The magnetic field will suddenly change soon, indicating Voyager is entering a new realm of the stars.

The only other time Voyager sensed this confusion of data, was 34 years ago as it entered the magnetisphere of Jupitor and scientists thought the space-craft might have failed! Then it came alive again after passing the huge planet and many believed whatever was on Jupitor may have jammed the systems of Voyager so we Earthlings wouldn't learn what was happening inside those violent storms.

Anyway, Voyager is now poised to actually make it's way into the Milky Way galaxy! Traveling at 38,000 miles per hour, scientists believe it could exit our solar neighborhood within the year.

Voyager 1, weighing 1590 lbs, was launched by NASA on September 5, 1977. It is powered by a nuclear reactor and is estimated to work until about 2022. In 1990 scientists turned off the cameras to conserve energy and the heaters on the backup thrusters, the fuel lines will eventually freeze. These tactics have extended the life of our little space scout. In 2016, they might turn off the gyros that allow maneuvering the probe, leaving Voyager 1 alone and rudderless. And even if we seem to be ignoring our intrepid voyager because we can no longer send instructions, it's fail-safe mechanisms will automatically go into a set pattern of activities and will send things to us anyway. 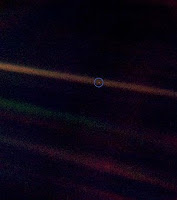 In 1990, at the request of astronomer Carl Sagan, Voyager's camera was turned toward Earth one last time, to take a goodbye picture from 3.7 billion miles away. Called Pale Blue Dot.
Does the photo contrast how insignificant we humans seem to be, with how exceptional we can be?

After 36 years and 11 billion miles Voyager 1 is a proud achievement of human-kind, the first Earth instrument passing amid the stars. Let's hope the journey is serendipitous and that Voyager sends a friendly message someday to another intelligent entity as it crosses this threshold of space into eternity.
And maybe we'll get one in return.

Perhaps one that our great grandchildren can excitedly read.


PS: Voyager 2, out there for 33 years, is apparently still healthy and working just fine.
Posted by Caterwauler at 10:22 am 0 comments

Welcome to the NSA as a new follower of my blogs. As CIA Whistleblower Edward Snowden has recently revealed.

Now I know someone will actually be reading my stuff.

The Communications Assistance for Law Enforcement Act, (CALEA) requires that all US telecommunications companies modify their equipment to allow easy wiretapping of telephone, VoIP, and broadband internet traffic.


The Washington Post reported in 2010 that there were 1,271 government organizations and 1,931 private companies in 10,000 locations in the United States that are working on counter-terrorism, homeland security, and intelligence, and that the intelligence community as a whole includes 854,000 people holding top-secret clearances.
According to a 2008 study by the Office of the Director of National Intelligence, (DNI) private contractors make up 29% of the workforce in the US intelligence community and cost the equivalent of 49% of their personnel budgets.


Wow, I have 854, 000 new followers! Exciting. And private contractor guys too. That means the Blackwater shadow army is following me too, or as they choose to be called now, Xe Services, oh wait, they changed their name yet again to Academi. Way less menacing. You almost expect their guys in knobby tweed brown sports jackets instead of black SWAT gear! Are the Minutemen on our side or theirs? There's also private corporations Booz, and SAIC joining in to watch/read/listen to us. (me)

So adding all these people up who are now interested in me, just because I said Obama bombed in his attempt to be humorous at the White House Correspondants' Dinner, (you see, the trigger is using the name Obama, in the same sentence as the word bombed.)  I expect now that I have easily passed the one million count in followers of my blog!

I don't feel so lonely anymore, knowing that virtually ALL my posts are being read by these intelligent/intellectual/intelligence people inside their big obsidian building in Maryland.
I am probably the topic of coffee-break confabs, water-cooler chit-chat or water-closet whispers? 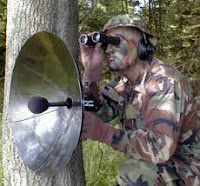 I'll try harder now, I promise. Now that I know you guys are all watching.

I think I'll email Putin and Xi, maybe get the Russian SVR and China's MSS following me too. Those kinds of numbers would put me into NSA spy-satellite attention.

Psst! I can see that guy with binoculars in my neighbor's tree peering into my bedroom, should I bring him a coffee?
Hello? I know you can hear me. One lump or two?

Posted by Caterwauler at 9:29 am 0 comments

It's not gossip, it's gossamer!

Tori Spelling turns 40 in a bikini.  Go ahead and put your clothes on,  Tori,  there's no  pool!  The ones who did come to her party hid behind the cake.  Rumors say she will star in her very own Creature From the Black Lagoon show,  to be called Tori Creeps Us Out,  as soon as she gets her overbite fixed and buys Johnny Depp. It will be filmed entirely in the pond in her bedroom.

Lady Gaga continues to deny the persistent rumors that she is a guy.  In spite of  Bette Midler saying she saw him/her standing at a urinal and those legs were not pretty at all and her aim was no good. The Divine Miss M said Gaga's shoes squished as she walked by. 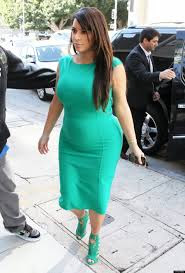 Kim Kardashian denies that while attending a Hollywood party she sat on Mr. Bill.  She said there was no-one green on her chair.   Her ass,  which arrived later,  had no comment.  The Weight Watchers signing was put off when the company said they couldn't survive a Kirstie Alley Jenny Craig situation.  Kim said the talk that she is pregnant with triplets,  one in front,  two at back,  are cruel. 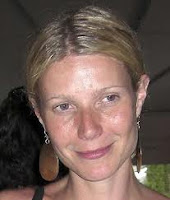 Gwyneth Paltrow, in order to quell the talk that she is the most hated star in Hollywood,  moved to Burbank.  She said those little people there really like her and she would soon open a booth to bless them on Thursdays.

Meanwhile Beyonce is furious because she is tired of being taken for Tyra Banks.  She said at least she is welcome on Rodeo Drive and went shopping at the Rodeo WalMart for a new leather thong.  Tyra responded that at least she could sing a full octave and sang the archipelago song,  Don't Worry, Be Happy  in 3 part harmony,  each part having 3 notes, do, ra and me. 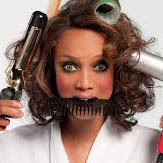 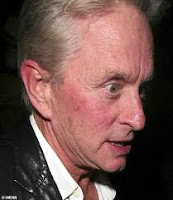 Posted by Caterwauler at 11:21 am 1 comments