Invention of the Xray machine

Xrays were invented in 1895 by German physicist Wilhelm Conrad Röntgen. 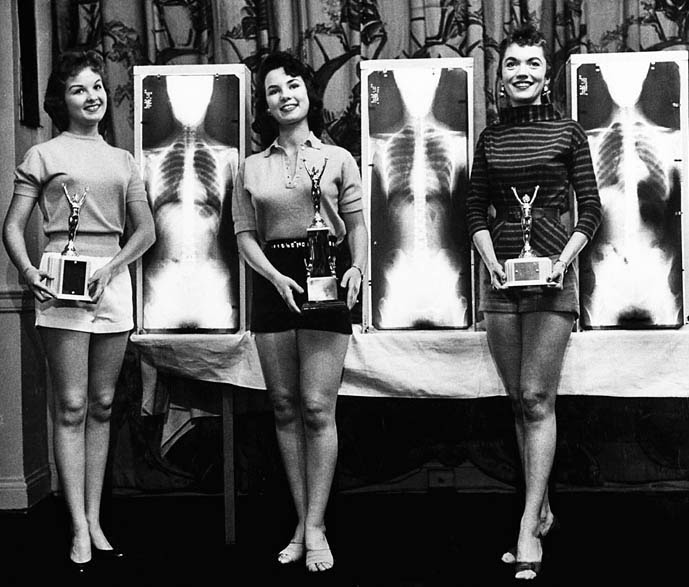 They reveal what was always suspected of Fraulein Puezy.

Posted by Caterwauler at 12:58 pm 1 comments

Film and TV production in BC


So Christy Clark, the BC Film industry is doing okay now? Sure it is.

The following is from a casting web site showing productions across Canada, all you need to know is that a "T" means Toronto, and a "V" means Vancouver.  Look under Cities.
Guess who is benefiting by employing thousands of actors, technicians and crews. Not British Columbia. Checked on September 19th, 2014. (Casting Director name has been removed) 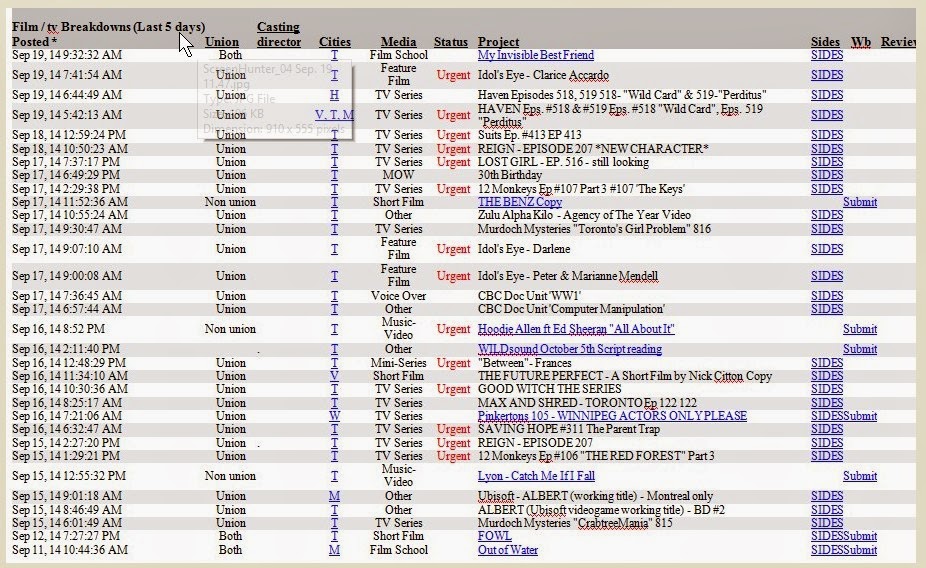 Why are destructive projects like mines or pipelines that might use a few hundred employees and bring 500 million to the BC economy over many years get the go ahead and support of the BC Liberal government while ignoring a steady repeating business like film and TV that used to bring in over a billion dollars a year without damaging the environment at all?
Well if you follow the money there's only one answer isn't there?

Stay to the end of any TV show and watch how many people are employed by that show.  They could be your neighbors and friends, all being paid well and contributing to the BC economy.

addenda: after months of pressure to match the tax breaks that Ontario is giving to their film industry, the BC Liberal government refused to change any of their tax policies on BC Film production, and consequently, TV, movie and commercial production has fallen drastically as you can see by the comparison chart.  (you need to know that any tax incentives given to film production companies are figured after the company has employed and paid local BC people. It is not a gift)
In spite of the facts the BC Liberal government recently, [October] said that because of their tax breaks, film production is booming. ??? Tell a lie often enough and some will begin to believe it!

Posted by Caterwauler at 12:08 pm 0 comments