The excited Wife arrives breathlessly home from a job interview, her Hubby is reading his newspaper in his favorite chair, smoking his favorite pipe.

Husband - "That's great, what will you be doing?"

"They said it would be as a Fluffer."

"Oh, what would that be?" He continues scanning his paper.

"Not sure but I think it is to make the pillows nice and soft for the actors."

"Oh, that shouldn't be too hard. And you needed something to do."

"Sweetheart, they said it would be like giving the actors a hand. And I would be helping them to perform better."

"Yes, and the last girl who did it, they call her BJ, said it was easy to keep it up too. It's all in the way you hold your mouth .... I've heard you say that when you had to undo a rusty bolt on the car."

"I'm so excited to have a hand in making a movie. It could be a big job, but I'll just take it slow and easy at first."

"Do you know who the stars are?"

"Not sure, but I saw a man with a black mustache, I think he might be Clark Gable."

"They pronounced it Clark Cable, though."

"Yes, and I am glad you're getting to try your hand at something interesting."

Hubby goes back to reading his paper in a puff of smoke. She fluffs the pillow behind him with a loving smile and pats his thigh gently as she leaves for her kitchen duties.


Life is never the same after you’ve been part of a movie.

I once knew a lunatic who tried to do arithmetic on population thick as you can see,
and also I must mention that this crazy man's intention only brought him apprehension from his spree.
So then he decided that he shouldn't have confided in another man divided such as me,
and took up his ability to have such versatility changed into the stability of three.

Upon examination we found out his computation was a strange enough creation in his mind,
for now we counted four of us and one too many more of us could only put the chore of us behind.
So we thought about it overnight until we found the oversight and waited for the morning light to shine,
but now we counted seventeen and someone had to intervene for fear the other eighteen would combine!

Things were getting out of hand and no-one seemed to understand that this was not a great and grand hotel,
we had to find a volunteer who'd promise that he'd disappear a person who would be sincere as well,
but all throughout the Brotherhood everyone misunderstood and Motherhood again began to swell,
and then among civilians they were counting in the millions which had finished in the billions very well.

We soon began to estimate we should begin to concentrate on keeping this accumulate in hand,
but everyone was now aboard and no-one here could still afford to check about this horde upon the land.
So we gave up our addition which had been our sole ambition and decided a magician we would need,
there was just too much dejection in this very huge collection over how we'd make connection to their feed.

You remember of the lunatic who worked on his arithmetic about this population thick as gloom,
well he's standing on the back on one who''s standing on his other son who's standing time has just begun to bloom.
Now there may seem no end to this and it may look like we're amiss but it is time to hug and kiss and sigh ...
and while I'm holding you so near I'll make sure within a year someone new will soon appear, goodbye. 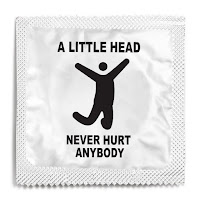 discovered in writings from many years ago
Posted by Caterwauler at 4:00 pm 0 comments