This straight out approach of the Northern Gateway route via Douglas Channel, from Kitimat to the Pacific Ocean, was provided by Enbridge to politicians as a reassurance, in a Video Documentary. Reassurance of what? That their cartographer has bad eyesight and drafting skills? Or that they will deceive whenever they can?

This nearsightedness seems to be a selected condition of Enbridge people, that they'd like to infect BC politicians with. We cannot believe that even Liberal politicians, so used to scamming the public and voters of BC, would allow themselves to be scammed by Enbridge so blatantly.  Do they have something in common: that they are both unable to be truthful?

The problem in this 21st century of high tech, is that the truth is now available to the unwashed masses and we can all see it. And dispute a myopic view of it.

Do you see a straight out to sea channel here? Called a Northern Gateway route flyover, it must have been in a Yellow Submarine after a few puffs of British Columbia kelp in a corn cob pipe! 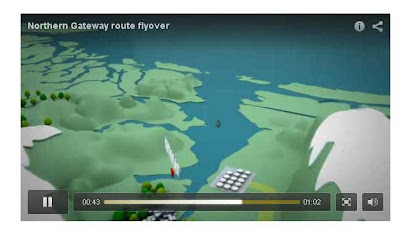 Do you see a straight out channel on Google Earth? Neither do I. And that is a satellite picture. Something you can check for yourself very easily. 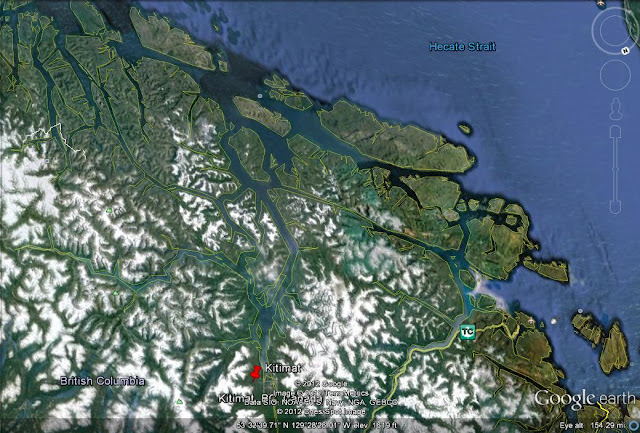 (Google Earth is a free download - here - Google Earth download - it is a useful, fun and educational tool if somehow you've just emerged into the 21st century and are not familiar with it.)

It can also be used to dispute and expose nefarious and deceitful actions and claims by unscupulous corporations. Do you see the same channel to the sea that Enbridge shows?

If you believe that the Enbridge representation is a faithful rendition of what the Alberta tar sands oil will pass through on its way to China, then go back to your booth at the Trekkies reunion and hope Spok smiles at you. Their representation is about as faithful to the real as Walt`s Mickey is to a real mouse.

Otherwise if you are a sane person of some intelligence, help to expose these people for what they are by passing this on. You won't need glasses. Even those 'special' ones Enbridge people use. Is this because they can't see straight? Or is it the gang that couldn't shoot straight?
Perhaps it's because they just can't lie straight.

Far sightedness is a state of mind.


addenda: Prime Minister Harper has disallowed an NDP member from bringing evidence about Enbridge's oil spill in Kalamazoo to the upcoming Edmonton hearings, adding to the speculation that Harper will try to push through the pipeline over the objections of British Columbians.

Posted by Caterwauler at 4:42 pm 1 comments 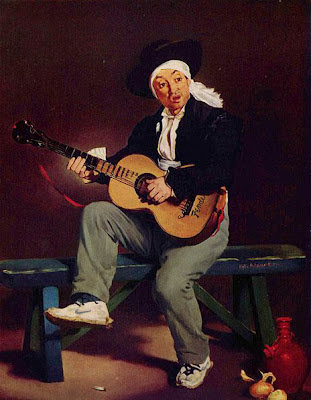 
Posted by Caterwauler at 1:27 pm 1 comments

Yes, a lot of difference.
(I didn't say they were identical twins)

Karl Lagerfeld is a pompous ass who tries to dress women in the most unappealing way in order to make them look as unattractive as possible.

Ronald Lacey is the very talented actor who memorably portrayed Major Arnold Toht in Raiders of the Lost Ark. 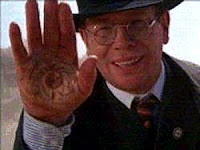 Both are scary characters except that Lacey was pretending.


Posted by Caterwauler at 9:16 am 0 comments

Enbridge Pipeline Through BC


This is the kind of country the Enbridge tar sands oil pipeline will pass through in British Columbia from Alberta to the sea. If a picture is worth a thousand words, here are 15,000.


All photos from people who traveled through this pristine country and posted them to  Google Earth. Can we take the slightest chance of spoiling this or any other part of BC? 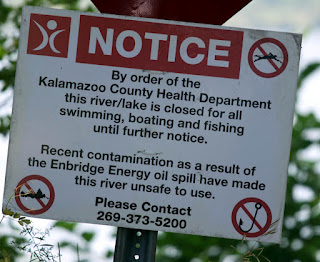 and if you care, read this - - - billtieleman.blogspot.ca

addenda - The Enbridge Energy Company has been recently ordered back by the US Government to the Kalamazoo River to do more cleanup. Because the tar sands oil/bitumen, has sunk to he riverbed, is contaminating and needs more cleanup.  01/01/2013

Posted by Caterwauler at 2:53 pm 2 comments