So I am not talking about having a lusty wild affair with that new Fifi girl in the mail room. The one who says she is from France but wears CK pour hommes and seems to know lots about Seattle. If you're going to lie about her, you're on your own. The best you can do with that one is to get her fired so your wife never sees her.

I am talking about lies that are way more serious than Nights in White Satin in a Motel Six.

Like if Wifey starts out with, "Honestly now ..." that is a bright red flag, and the clue that imminent and immediate deception needs to take place, and if it is followed with "Does my ass look big in these pants?"  You have to take intensive, evasive and distractive action right away.  No chance for the joke you are thinking of, 'If the pants were black and it was dark, then no.' No.
You need something bold while keeping your mouth shut, like having a sudden heart attack. Even though NO woman expects truth on that one. Falling on the floor clutching your chest should work. Keep in mind that you might have to spend the night in hospital full of prickly tubes stuck into you. The alternative is bone fractures, her refusing to call 9-1-1, and an ongoing freeze!

Let me give you another example ....
Voice from somewhere, "Did I hear you cutting your hair in the bathroom after I just washed the floor?" Your answer has to be NO. You NEED to lie. But it requires further action. You have to have a sudden attack of diarrhea to be able to get back into the bathroom right away before she does! And then you are boxed in to retaining the deception all day. Hopefully you have some crossword puzzles in there. A convincing performance here will often result in sympathy for most of the day.
But wait! Don't walk out of there until you have scrutinized the floor for clipped hairs from four inches away. And you'd better really poop because if there is no regular stink Sherlock/Wifey will surely catch you out.

You see. There are instances where you definitely have a need to lie.

Another one might be, "You didn't finish off all that chocolate cake did you? That is for Myrtle and Alfred tonight."
STOP CHEWING RIGHT NOW!
You cannot say no with your mouth full. The only way out of this one is to destroy the remains. Crumbs. Smudges, everything. Even throw the dish out if you have to. And put your mouth under the kitchen tap and rinse! She's on her way into the freakin' kitchen! Be sure it's cold water you panicked idiot!  You've got to make her believe the cake was gone two days ago but she forgot! Besides you don't even like Myrtle and Alfred. If he can't be called Al or Fred, well he's got some issues. Put the damn plate inside your shirt! She'll look under the sink.

She's never trusted you since that red sweater/white bra incident in the laundry room.  When you said the pinkness of the bra was because you cut your finger on the clasp. You were like a dog who pooped on the floor and then pretended he didn't even live there. Choose your lies more carefully, and remember you can't blame the dog when you don't have one. You only got off that one because you TRIED to do the laundry. There is help and then there is hindrance. You are the latter, go out and fix the lawnmower and try not to put your toe under it.

Okay, so here's another one; "You did remember to mail my letter, right? It needs to be delivered by Tuesday or I won't get the free offer." Not answering won't work. Even if you need time to think. So in a flash you know where that letter is, don't you. It's inside your jacket, the one you had on when you promised, and she was going off to work and you had the day off to linger and loiter all day. NOW what 're you gonna do?
Ah, take the dog for a walk and sneak to the mailbox.
Read up a few sentences if you need to.
No dog.
Don't panic again. Just say Yes, and we'll handle the logistics later. You could say, 'Honey I told you I would.' But that suspicious non-answer might compound the bone fractures! And she is well programmed for cross-examination! She knows you, married you and lives with you, remember. You could act like a police suspect and say, "Who me?" each time she addresses you, but you did that one already on Grandma's broken cake plate.
Just figure out how you can get to that mailbox before the pickup time at 8 pm. A sudden interest in the galaxy won't work either.

And it has recently been revealed that border agents look for specific behavior when trying to discover deception, so you might use this information wisely. Yawning, a sure giveaway that you are hiding something. And dangerous too if you're yawning while she's seeking serious answers ... close your freakin' mouth.
Whistling. If she asks you a question DON'T start whistling, wives are way smarter than border agents.
Do we actually need to say that 'profusely sweating' is a total tip off? 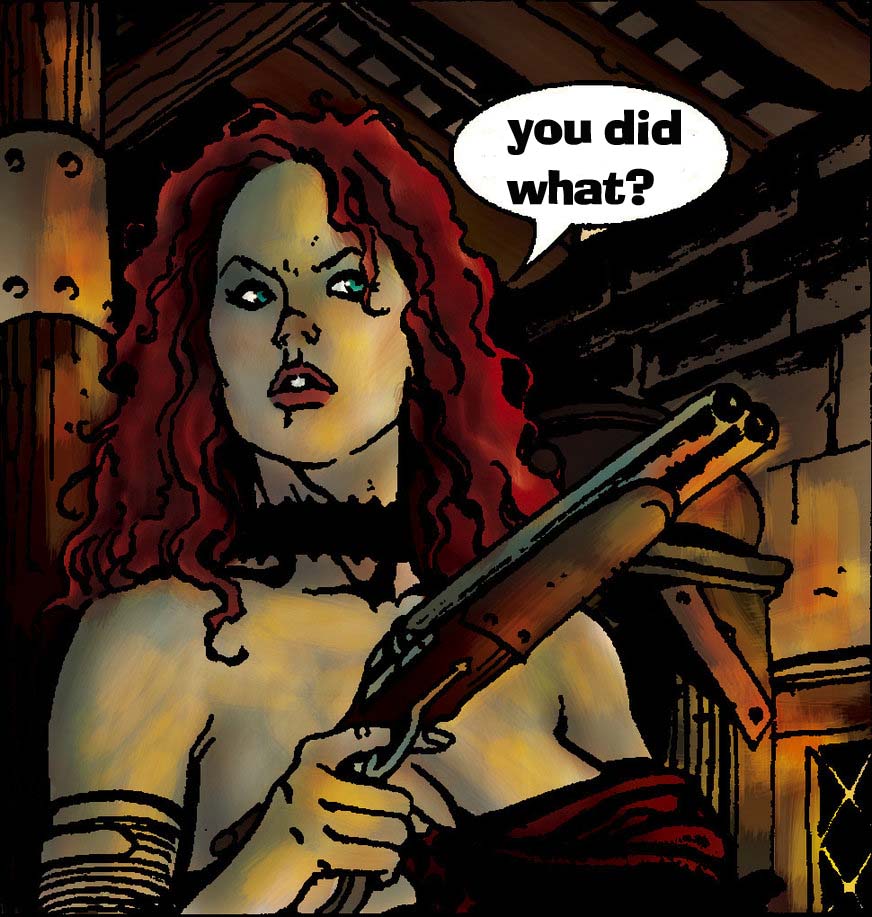 "Why don't you like my mother?" You don't have a Yes or No option here. The question assumes the answer. And no matter what you say it has to be a lie. You need to lie. You need to say you DO like her. The truth is like a guillotine already set loose above your neck! But before you can conjure a feeble response, she follows with, "Where is the shirt she got you for Christmas?"
So now you can't let her put groceries in the trunk, can you? That lovely red shirt with the snowflakes on it was just the thing for Armouralling your tires wasn't it? And you just chucked it in there!
And now you're imagining that a sleeve is poking out under your trunk lid, and your mind is in a blizzard of snow as you imagine a cop pulling you over because he thinks the red flag is someone signalling from inside there, and he asks you to open your trunk, and now a puzzled Wifey is getting out to see the trunk contents too. And you are freaking out nervous and now so is the cop!
You stand there in an unfocused silence until Wifey looks concerned and says, "You okay Hon'?"
Okay, it'll work this time, but having a stomach ache when you were seven only worked a few times, and senility doesn't suddenly descend on you only when prickly questions are asked. Guide her back into the car while leaving the open trunk for the cop to dig through, he'll see the shirt and feel sorry for you.

One more: You're at your computer and you get a joke in your email. It is from a friend of a friend. An acquaintance if you will. Who happens to be female. It is funny. You tell it to your wife. And realize your mistake right away. Before she laughs, Wifey says, 'Who sent you that?" Red flag again! You've learned to read through the feigned innocence, haven't you. If you dare say a girl I know, and before that flag has a moment to flutter in the breeze from your churning mind, or your smile has time to fade, her next Q will be, "Who? How do you know her? She has your email?"
Well it seemed funny and worth sharing when you first read it. But now you understand how spontaneous combustion works and you have to invent a guy at your work who sends you stuff. You just cannot say she is your buddies GF and has a great sense of humor, and somehow she has you on her 'group send' list. You need to lie. And delete before she wants to read it herself! It still won't be funny even if it was funny.

There was a small time criminal who said he beat lie detectors all the time by drinking six Cokes before the event, but running off to the old downstairs fridge isn't an option either. And burping while she's asking you something is just plain rude. The shakes from the colas might help but you are on treacherous ground.

I don't know if this helps but it is a forewarning to start paying attention. You need to come through the border of your house with a smuggled live Iguana on your head and be able to say it is a lizard hat.  God help you if it flicks its tongue at her. You must be prepared to fool the Border Patrol and Wifey at the same time.

Good luck with that.

Ever thought of telling the truth?

Get a dog, they like you even if you blame them for everything!


Posted by Caterwauler at 2:35 pm 2 comments