Iceland Volcano - on the bright side 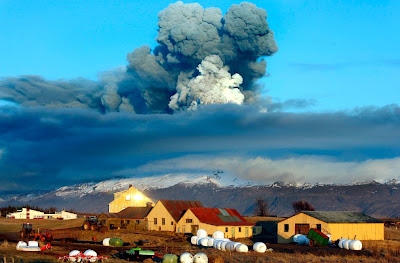 click to enlarge
Posted by Caterwauler at 8:43 am 0 comments

Well there seems to be a groundswell happening here.

The 'Fight the HST' movement, of which former BC premier Bill Vander Zalm is leading, is gaining power daily. Chris Delaney, former leader of the Conservative party is the spokesman. Other parties are participating as well, including the NDP, the Green Party etc. Several ridings have already reached their goal of 10% of the voters. They need the same in 85 ridings.

Do we need the HST?
I am always wary when people who are rich, powerful and connected tell me something is really good for me. It seems that what they are trying to sell ME is particularly good for THEM.
Remember the Free Trade Agreements? NAFTA? Do you know anyone who is doing better for those mysterious contracts? Global competition? Know anyone who cares?
Oh yes, there is that argument that preaches to us that our companies benefit from these agreements and trade deals, trouble is that the companies who get the rewards are all foreign companies or global entities who are simply operating in Canada and have absolutely NO interest, loyalty or connection with us as British Columbians or Canadians.
And everyone of these international agreements seems vague to the people most affected; you and me! We're never sure what was really signed.

So now we can do something about what 'they' want to impose on us. We can sign a petition to force the Provincial Liberals, Gordon Campbell, to listen to us.
Will it succeed? Who knows. Will it be close? Maybe.
Mr. Campbell has already said the deal will go through in spite of what the voters want. If that isn't an arrogant challenge to the people of BC I don't know what is.
What will happen if they are very close but not quite there? Some think that a logical next step is a recall movement.
That could start in Gordon Campbell's own constituency.
And the people only need 40% of the voters in that ONE riding to be successful.

Tired of being like a victim? They' sign things all the time that affect us, now we as taxpayers can make a difference and sign something that will affect 'them'. Go for it, take the power!

You could use will power. But that didn't work. Maybe the nicotine patch? Or the fake cigarette. No?
Well, there are now electronic cigarettes to help you get off the terrible vice. Yes Electronic.
Expensive though and all these devices haven't always worked for most.

So here I give you caterwauls' own Home Made Electronic Cigarette Method guaranteed to stop you from ever smoking again:

1. Fill your bathtub.
2. get a piece of rubber hose.
3. get a toaster and plug it in.
4. put the rubber hose into the water, the other end into your mouth.
5. throw the toaster into the bath water.
6. take a deep puff through the rubber hose.
7. you will never smoke cigarettes again.
Posted by Caterwauler at 11:53 am 0 comments

Why can't I do this?

Cable TV service is what I am talking about. Is the problem with the CRTC or with the networks cashing in with their buddies? Who is paying off who?
WHY, is it that when I sign up for cable TV service, I cannot just get a basic rate, and then pick the extra channels I want one at a time?
Like why can't I pay, say $30 a month for my basic, and then like $1 per channel for extras. Even if they said I have to pick at least 10 other channels, so I would get basic, plus the additions for $40. per month? Or $50 if I, want another bunch.
I want Speed channel because I like auto racing, but why do I have to take a children's cartoon channel too, in a so called 'bundle'? I want Movie Central too but why does the Shopping network have to be bundled into it? If I want Turner Classic Movies what has the Weather network got to do with it? TSN has nothing to do with Much Music T&A jiggly channel.
You see, it is about the cable companies helping their buddies to make money off US! Or is it the channel owners paying off the CRTC? And the cable companies intercept the network commercials in many cases, and substitute their own! Woo, everyone get's rich.
In my 'bundle', I have a religious channel, a shopping network, weather, FIVE French channels, TWO cartoon channels, BC Legislature that I have NEVER seen going because I suspect they don't want you to see their childish wranglings, Parliament channel, (sort of another cartoon channel) GOLF zzzZZZzzzzz sleepy channel, Space channel with Captain Kirk in perpetuity etc etc and various other channels which are feeding money into these channel owners' pockets.
NO ONE wants them yet they are cashing in on our inaction.
It is about them treating us like children; if you want candy you gotta eat your broccoli. I don't know about you, but I learned at seven how to throw up my broccoli later and enjoy my candy.
But damn there is NO candy here, it's all broccoli.
And no logical reason for me to be paying for these damned 'bundles'.
Posted by Caterwauler at 3:28 pm 1 comments