Pot vs the billionaires

MARIJUANA is DANGEROUS? This interesting essay goes on to make points for the benefits about marihuana and it's proven uses applicable to our modern society. Doug Yurchey's article makes many valid points while enlightening us on the history of pot. 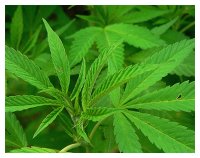 "Pot is NOT harmful to the human body or mind. Marijuana does NOT pose a threat to the general public. Marijuana is very much a danger to the oil companies, alcohol, tobacco industries and a large number of chemical corporations. Various big businesses, with plenty of dollars and influence, have suppressed the truth from the people."

Yurchey brings many facts to light; including -
Doug Yurchey goes on to explain the conspiracy involved to destroy the cultivation of hemp and the ongoing media manipulation to poison our minds about it's value, all because of threats to other businesses. Check out the link.