The focus of the 2010 Winter Olympics is on the athletes, the City of Vancouver and Canada.

But starting from snowboarder Johnny Lyall’s spectacular jump inside BC Place Stadium at the opening ceremonies, the positive side effects of these Olympics has been to expose the Canadian personality to the world.

We showed an enticing portrait of our First Nations people, the vastness of this country, our love of nature and sense of history on that first day. A hint 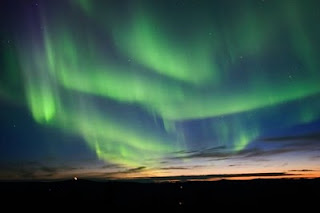 that this tapestry of Canadians had something other than sports going on up there in the Great White North.

Sure, the world already knew we were polite, but by being the center of attention for two weeks, something we are usually a little uneasy with, we gave the world a glimpse of what Canadians really are. Polite but not meek. Proud but not arrogant. Confident with modesty. Intriguing yet unpretentious.

What wowed the world was Alexandre Bilodeau’s first gold medal on Canadian soil. Not the athletic feat but the devotion he showed to his cerebral palsy struck older brother. That was a vignette way more important than a physically fit athlete winning an event. And the country shone with pride at Alex’s humility and love of his family in TV interviews. His priorities were correct.

Maelle Ricker’s gold followed and this pretty women seemed like a cake bake-off winner instead of a finely tuned athlete. Nothing dramatic just grateful and appreciative thanks for the efforts of others in helping her to victory. The picture of Canadians was beginning to emerge.

Tears followed when gold favoured Mellisa Hollingsworth finished fifth in her skeleton sliding event. The old attitude of, ‘it just wasn’t my day’ became she felt she had 'let her country down.' Yet all of Canada came to her side in a show of winning isn’t the only thing. Being a real person who cared was. And Devon Kershaw's painful emotion after fifty exhausting kilometers of cross-country skiing and being only 1.6 seconds from a gold medal captured our hearts. But he is now one of the world's best and signaled the new attitude.

Time and time again our athletes appeared in the spotlight, not a harsh glare but more like a bright morning sun, and every one of them showed the personality that makes for great people. Revealing themselves to the world. Sometimes unsophisticated, sometimes worldly but always invigorating our spirits too.

Joannie Rochette’s courageous skate added to the aura of Canadians. The world held its breath and watched a young woman perform what became a private routine for her mother, tragically passed on only a few days before. Joannie allowed a few tears of grief only when the job was done. Fortitude and determination on display along with her graceful skill. Shared with a compassionate audience.

Then Jon Montgomery won the men’s skeleton and revealed yet another facet of the Canadian persona. Clearly enjoying a little glory while retaining his humbleness, grabbing a beer from a well wisher in the crowd and quaffing it before passing it on again. His fresh naturalness was his blessing.

The huge crowds in downtown Vancouver, after a short blip from protesters tolerated only once, embodied a spirit and fun and pride in being Canadian, almost as if no one was watching. Yet the world peeked in through television and learned that we too, can be flag wavers when the occasion demands it. Passion is part of our character and though k.d. lang sang a mellifluous and memorable Hallelueah at the opening, Oh Canada became the choice in the streets.

Even American NBC TV raved about how warm and welcoming we Canadians were to them and featured us in a favourable light.

Our hockey girls came through again, and were caught later still on the ice celebrating. What were they doing? Champagne and cigars! How unique and distant from the decorum others wanted to thrust on them. Canadians can be weird too!

So as our games went on, win or lose, we displayed our skills, our fine athletes, our country, our Canada. Even turned an early malfunction into a joke about ourselves in the closing ceremonies. But most of all, we displayed our Canadians as youthful eager participants on the way through life. A people who can adapt to whatever their needs are.

We gave the world a snapshot of what Canadians are, and can be, and will be and what makes us so great. A country full of proud, hopeful people who need no spotlight, yet can rise to the occasion and shine in their natural northern light, our beautiful aurora borealis.

And it is these many dimensions of character that assure the world that Canada and Canadians will continue to be trusted and respected in the future, in sports and in all aspects of life.

Canadians have shown the world that although winning isn’t everything, we still won. We wowed the world and we wowed ourselves too. Put the snapshot in your album, it's going to be there forever now.
Posted by Caterwauler at 8:39 pm