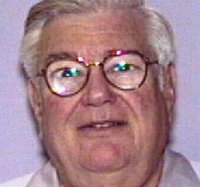 A 76 year old man in Florida, was charged with sexual assault after going door to door, posing as a doctor giving free breast examinations. He examined at least two women's breasts after they allowed him into their homes to accept the offer. Phillip Winikoff even carried a black doctor's bag and was found out when one woman allowed a genital inspection, but Phillip, in his excitement, forgot to don rubber gloves. His real occupation is a shuttle driver for a car dealership.

One can almost see the upcoming trial ...

Mr. Winikoff is on the stand.

Prosecutor: Judge, and Jury. This white haired old man perpetrated a heinous criminal act of fraud on women in their early 30s; sexual assault, false pretenses, impersonation, performing a free service without qualifications, and everyone in America knows we don't do doctor stuff for free, furthermore and wheretoever, he caused embarrassment to other women who will not come forward. And lastly, he caused many policemen to sideline their other cases while they assessed the victims themselves for first hand evidence, um ... so to speak. I rest my case.