There is an appeal pending right now for Scott Peterson in the murder of his pregnant wife, Laci Peterson. He is convicted and sits on death row. Many people are concerned about the innocence of Scott. It is an active conversation on social media and court forums everywhere. 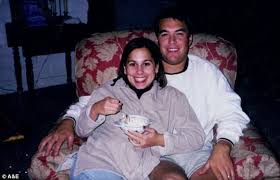 There are websites to visit where you can glean info to decide for yourself.

The problem is that some who are posting to these sights are introducing information garnered from areas other than the trial transcripts. There is a lot of,' I heard this ...', or  'I read that ...'
It seems that as more people familiarize themselves with the case, more believe in Scott Peterson's innocence.

- - - Scott murdered Laci sometime before he left his home on December 23rd at 9:30 am to go golfing. He placed her 160 lb body into the back of his pickup truck, (parked in his driveway, as there is no garage for stealth) covered it with three patio umbrellas, and drove to his small warehouse, some miles away. Here he decided it was too cold for golf, and instead decided to fish for the first time in his newly acquired used boat.
He had a bay with a roll-up door where he had the 14 foot open boat on its trailer. There was no room for the truck inside so he parked it out front and went into the office. Scott spent 30 minutes on his computer sending emails and looking up how to assemble a mortise tool he had received via mail order. This was about 10:30 am and all this with a dead body in back of the truck out front.
He then stored the umbrellas in the warehouse, reversed his truck and attached the boat. Somehow he transferred Laci's pregnant body from the truck into the boat, all in bright sunlight, hoisting it up over the rim of the boat and into the trailer. Then he attached 4 or 5, 15 lb cement weights to her limbs and head, covered her body with a tarp, and drove another 90 miles towing the boat on the highway to the Berkley Marina.
Once there, about noon, he bought a launch ticket and backed the truck up with difficulty enough that people noticed he was not used to handling his vehicle with a trailer or launching a boat from a ramp, but did it, tied the boat with Laci's body to the dock in bright sunshine, parked his truck and trailer and then went fishing in San Francisco bay, at 12:54 in shallow waters all within view of hundreds of houses, and somehow weighed down the body with the weights he made somewhere and dropped her now 235 lb dead weight overboard into the bay.

Then went home and reported her missing. - - - 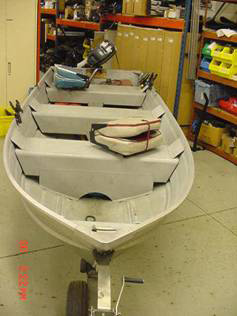 Yep, that's what the Modesto Police say happened. All in sunshine. All on Christmas Eve morning.

Laci's body was not found for three months, then without head, feet or hands and some internal organs were removed. (exactly like another woman found in S.F. Bay the year before, Evelyn Hernandez, but the police had no suspicions of any cult ritual killing)  No homemade weights were ever found except 1 in the boat.
A cadaver dog never had a hit in the boat or the warehouse.

These are only a very few of the police facts of the case. And as more real facts come to light, the trial becomes more confused than ever, and the verdict seems a long way from reality.


Interest? Check it out for yourself - - -
Scott Peterson appeal
Case-facts

This was a high profile case at the time and there are hundreds of difficulties with the multitude of police, their testimony under oath, the odd witnesses, and the sensational media reporting. Indeed, even the jurists! You might find it interesting to review the trial yourself, perhaps a little brain food instead of the TV?
The transcripts are available which will allow one to avoid the social media emotion.
Beware of TV programs that may have been written to a conclusion one way or another.