Marijuana and BC Bud.

Okay, don't pretend you don't know what BC Bud is. It is NOT Budweiser beer, although it may be just about as famous!
This post comes about because voters in Washington State and Colorado, said 'Yes' on the recent measures to legalize the sale of pot to adults, without the need of a doctor's prescription. Already 17 states allow the use of marijuana for medical reasons. In the near future in Washington State you'll be able to buy a joint at Mary Jane's Weed Cafe whether you're sick or not.

So here in British Columbia, Canada, how will this affect us? We are assured by police and Canada Customs, that IF this all comes about, buying a joint in Bellingham and driving home to BC with it drooping from our lower lip will surely result in arrest! Even in Washington, DUIs will become DUhighs with a huge fine! And while the border guy might ignore those shoes you couldn't resist, he will pull you aside for the smell he detects. Out comes the sniffer dog. You don't want that. Even if the dog doesn't smell pot in your car, they don't trim his nails and he'll destroy your upholstery! So don't think you're smart by flicking out the burning butt as you pass Ferndale! 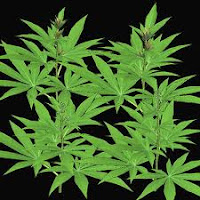 The problem for us is that we here in BC,  have become famous/notorious for our own brand of maryjane called BC Bud. A highly potent smoke that leaves you mellow, cuddly and grinning as you fill up with Doritos!

How did this BC Bud fame come about?
Well we have many many grow-ops in BC. Even in a new subdivision, certain people buy up new homes with a minimum down payment, move in a Vietnamese family who is forbidden to use electricity, (you spot them because they BBQ all winter) and the inside of the home becomes one grow-op using power not too far over what a normal family might use. And they make up the costs on their first harvested crop! On farms with barns, you might be warned of dogs on duty. In one case the operators had BEARS on guard!
In the Interior, there has been evidence of huge underground bunkers full of thousands of plants basking in artificial light. The criminals, as advanced as any construction company, find a little valley, move metal shipping containers into it, wire it up and then bring in earth moving equipment and bury the whole complex! Now THAT is initiative.

And these growing of plants here in BC are very sophisticated operations. Horticultural skills are well developed! They know when to plant, how to nurture, what to feed them, and how to trim and when exactly to harvest! These people could teach horticultural therapy at UBC.

So, who do we credit for the huge success of BC Bud? If you follow the police reports and newspaper articles, it would seem that certain groups like the Hells Angels have embraced this technology astoundingly well. Of course this is alleged. And if you believe the Hells Angels are mostly hairy-armed crooks, Vancouver President Rick Ciarnello once made this valid comment to a reporter, (paraphrased) "If you think we are crooks, you need to look at the ones in Parliament, that's where the real crooks are."

And if you think that perhaps these Hell Angels might be responsible for growing the best pot in North America, then why shouldn't we give them credit for their expertise? Many people say if we in Canada ever pass a law allowing the government to grow and tax it, which is the ultimate destination of pot culture, then a government will give us the same thing they always do when involved; a watered down, over priced, bureaucratically interfered with product that might only serve as mulch for your African Violets!

IF, the Hells Angels are responsible for the quality of the product, why can't we give credit where credit is due and keep the high standard going. Maybe we could offer them a contract to grow for the province? Or even all of Canada because if one province goes, certainly others will follow, and it'll end up that BC Bud will flourish legally throughout our great dominion! No one wants to smoke Ontario sludge or Arctic char anyway.

The question is, do you want high quality merchandise or something like those inferior toxic products from China? And you KNOW that if our Federal government becomes involved, we might as well be puffing reed sticks from the beach.

I think the Hells Angels have worked hard and long to establish BC Bud as the premier brand of weed and we should be thankful that the standard is set so high. They have beaten back Acapulco Gold, Hawaiian Pakalolo, had to compete with Southeast Asia, South America, Mexico, and have prevailed. That is free enterprise at its

most efficient and if you believe that many so-called criminal organizations crave for legitimacy, (we all saw 'The Godfather') then you might think that some of those burly guys would look okay in blue suits and silk ties instead of black leather and chains. Nobody shaves anymore anyway.

And start thinking about a mascot. Budweiser has the Clydesdales. Maybe we could have the Kermode Bear, strong but kind of friendly looking. And is also called the 'Spirit Bear'. Right. That's it then.

Meanwhile, don't do anything silly and see your doctor about that chronic pain, you may be able to get a prescription for it.

Posted by Caterwauler at 1:31 pm