Here's a lil conspiracy theory for you 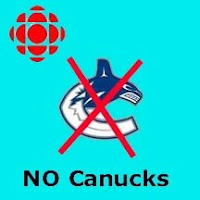 And even when they do, in between periods Don and Ron just continue commenting on how the Leafs or Canadiens played in the earlier games?
Ever wonder about who makes up the CBC telecast schedule?
Ever wonder if the Eastern Powers ever even think about the 'Colonies' out West?
Ever notice any of this?
Hmm.
Just sayin'.
Posted by Caterwauler at 11:18 am