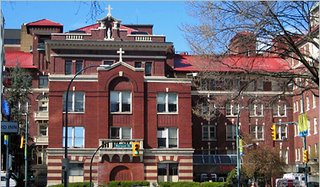 One of British Columbia's major tertiary, teaching and research hospitals serving residents from Vancouver's downtown core and across the province, it was established in 1894 by the Sisters of Providence, St. Paul's hospital plays a major role in academic research and training in co-operation with UBC and other provincial and national post-secondary institutions. St. Paul's is home to the BC Centre for Excellence in HIV/AIDS and is the primary site for the province's Heart Centre, and has an international reputation for quality care. The Hospital also has special focus in Renal Transplantation, Digestive and Nutritional Disorders, Geriatric Care and Community Health.
The BC Provincial government controls it's fate, and, if we can use history as a guide, we can assume that British Columbians' wishes don't count in the upcoming decision. St. Paul's could go the way of our own railroad, sold off to foreigners; it could go the way of many smaller health care facilities in BC; it could become a bonanza for private companies to make a fortune like the Alcan decision where they are now allowed to produce power and charge us ten times the regular price, all for profit.
Profit and handing out sweetheart deals to their business friends is the norm for the BC Liberal government under Gordon Campbell. I know it seems like harping but truth is truth. Our BC Place stadium is in the same predicament, greedy developers eyeing it lustily.
St. Paul's hospital is crucial to the future of Vancouver. Local governments have been trying to lure people back into Vancouver's downtown, and it is being successful, but this growing core of residents need a downtown hospital. The West End has a huge population density. Moving it only makes sense to condo developers who would have every square foot in high rise apartments without a concern for the quality of life for Vancouverites.
My own recent experience at St. Paul's was enlightening in being exposed to the quality and efficiency of their care for patients and the pride with which they do their job. St. Paul's is a Vancouver treasure and needs to stay right where it is.
Don't allow greed and money to destroy another part of our quality of life in Vancouver, speak out to save St. Paul's.